After witnessing the race riots of 2005 in the Northwest of England, Majid Lavji worked with Burnley Council and Burnley Football Club to host the AsiaEurope “OneCulture” Football Festival in Burnley.

The festival was a huge success as teams from varied backgrounds united in the quest to play football together. The festival was also supported by Sport England, Kick It Out, the Metropolitan Police and various local community groups, as well as a number of Premier and Football League Clubs. 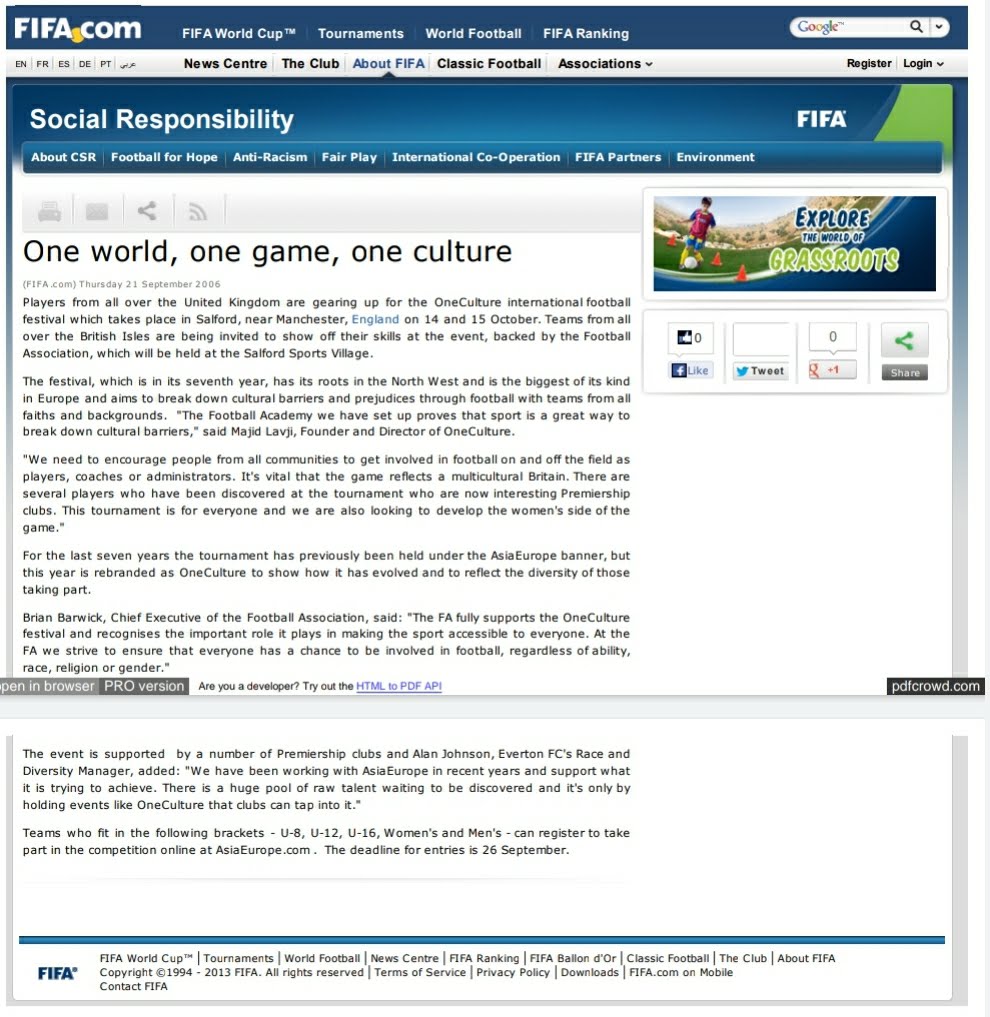 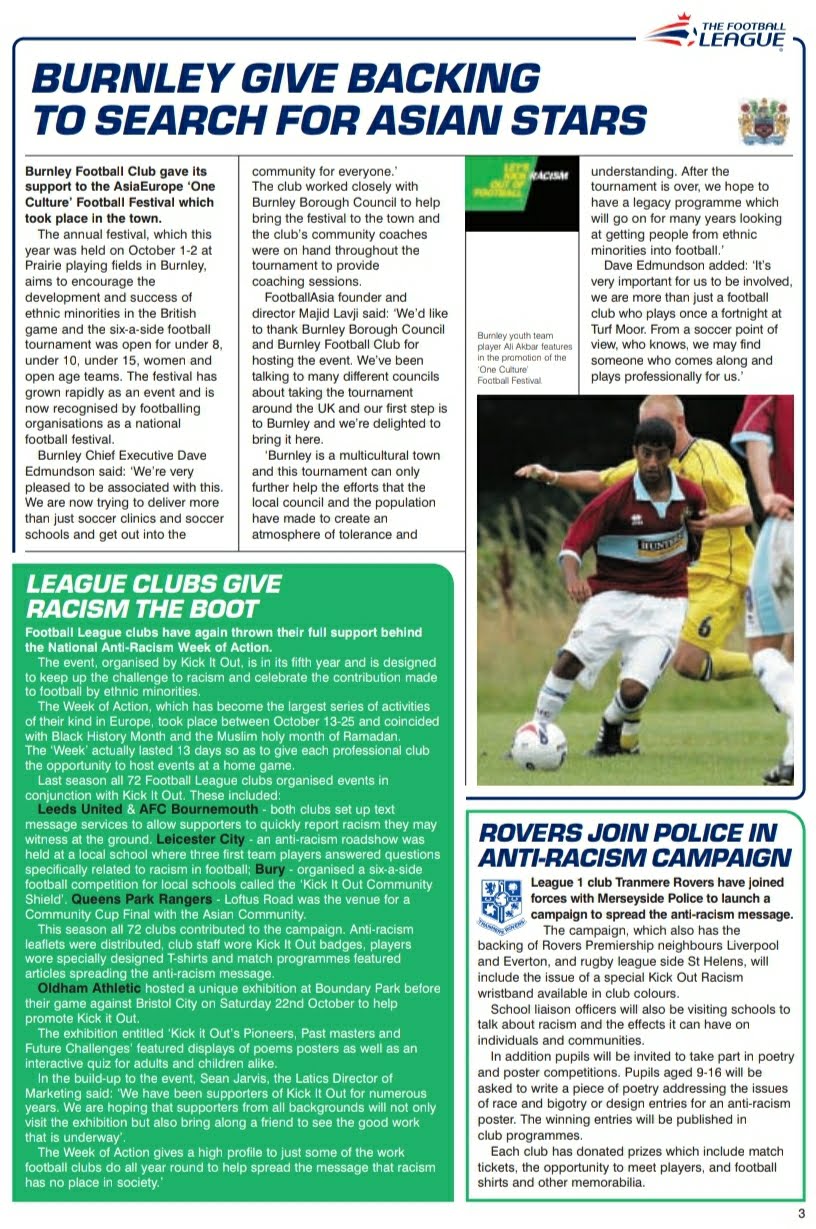