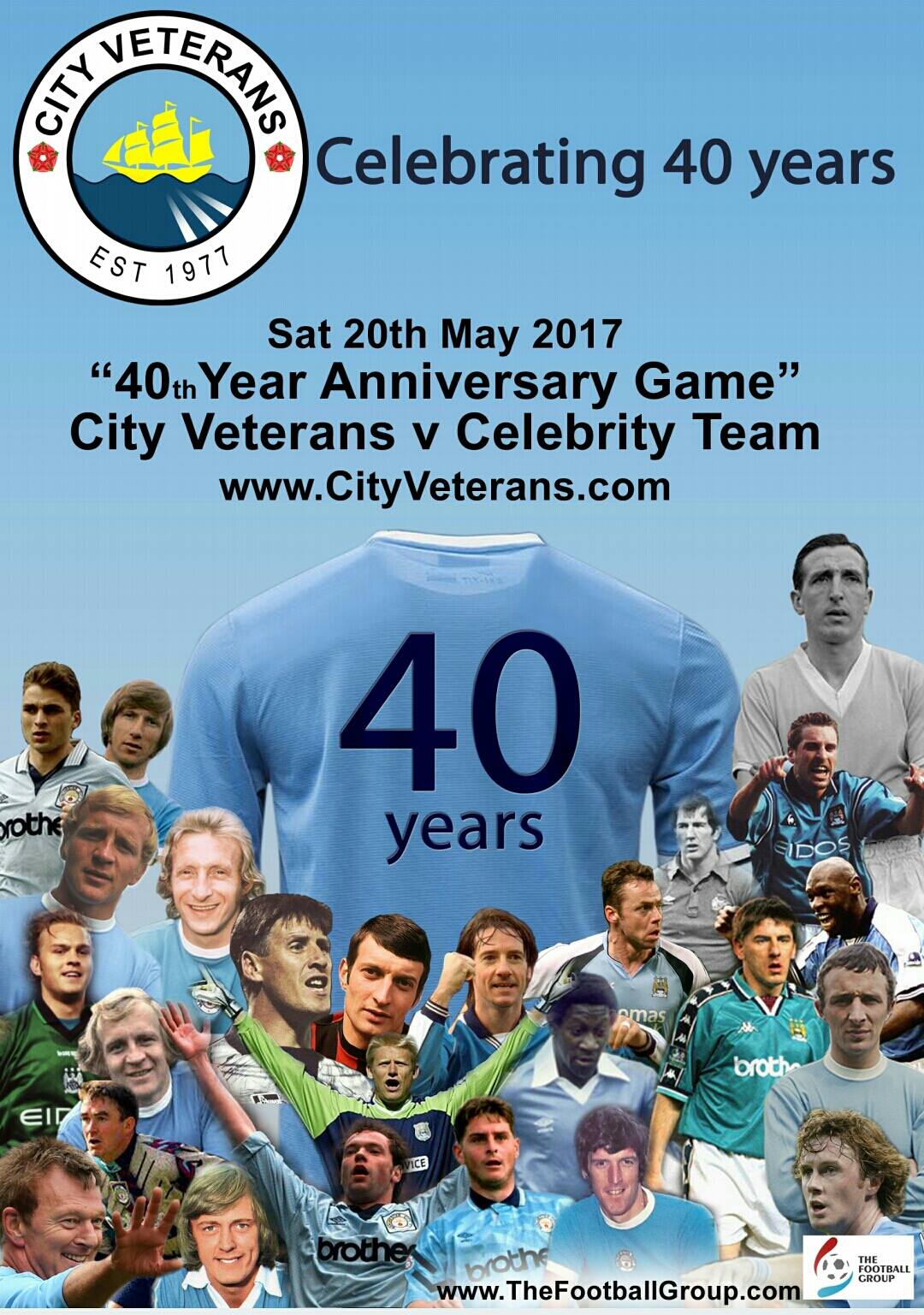 To mark the fortieth anniversary of the former players, a special football match was held at Stockport County’s ground Edgeley Park, where legends of Manchester City played a celebrity team lead by stars of UK Television, Film Music and Sport.

Majid and alongside a team at Stockport County oversaw the running of the full day, as well as all aspects of marketing and communications for the event.

Majid’s 25 years of experience and large network base within the football industry has made him into a preferred choice when it comes to the organisation of large-scale football events.